In 1957, Communist Government came into force in Kerala under the leadership of Shri. E.M.S. Namboodripad. The egotistical administration and policies of the Government were enraged the people of Kerala which prevailed gradually a cantankerous situation. The ‘cell’ administration tried to establish their vested interests, atheistic views etc and also aimed to suppress the developments of Christian Institutions. Subsequently, a revolt propagated against the communist ruled Government in all over the Kerala

At Angamaly, the prime centre of Christians, the intensity of fury was beyond the limit and out broke the control. On 13th June, Saturday, 1959 police was forced to open fire against a violent mob which attempted to attack the police station. But, the version of rallyists was different, saying that the police was mindlessly opening fire on an innocent mob without any provocation. 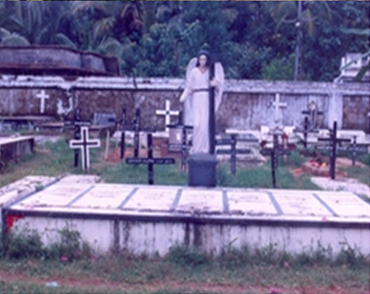 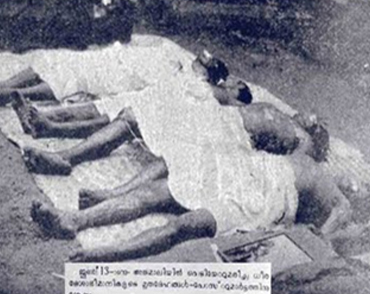 The bodies of the victims were taken out in a motorcade comprising more than 300 cars. Tens and thousands of people united and participated in the funeral procession before they were laid to rest in a common tomb at St George Forane Church cemetery, Angamaly.

The Forane church and its cemetery had for a short period turned into a pilgrim centre of the Liberation struggle activists and became the point from where the ‘jeevasikha’ march, had been led by the legendary Mannath Padmanabhan which culminated in the expulsion of the EMS ministry. 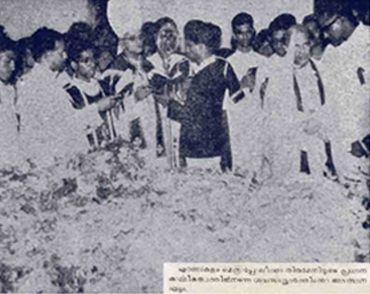